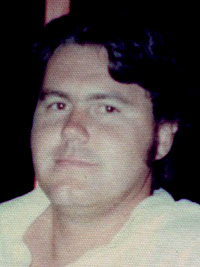 James M. Sullivan, 64, of Clayton passed away Monday, May 11, 2015, at Upstate Medical Center, Syracuse where he had been a patient for two weeks.

A graveside service in St. Mary's Cemetery, Clayton will be announced. There will be no calling hours and arrangements are entrusted to Cummings Funeral Service, Inc., Clayton.

Jim was born in Watertown on April 20, 1951, son of William "Daniel" and Phyllis Margaret O'Brien Sullivan. He was a graduate of Clayton High School. He married Cheryl A. Shultz on November 5, 1979 in the town of Lyme and the marriage ended in divorce.

On May 11, 1971 he entered the US Army. He served part of his time in Okinawa, received the National Defense Service Medal and was rated sharpshooter with an M-16 rifle. He was honorably discharged from active duty on May 15, 1974.

James was a bookkeeper for A. N. Darringer, Wellesley Island and on Ft. Drum. He retired as a bookkeeper and parts manager for French Creek Marina in Clayton. He was a member of American Legion Colon-Couch Post 821, Clayton. He enjoyed card playing, reading, music and was a Trivial Pursuit Master, especially in American History.

He is survived by his two children, Daniel J. "Danny" Sullivan, Syracuse and Emily M. Bristol and her husband, William "Bill", Clayton; three brothers, William Sullivan and his companion, Sue Magee and Gary Sullivan, all of Clayton and John Sullivan, Watertown; uncle, Arthur Gamble; and several nieces, nephews, and cousins. Online condolences may be made at www.cummingsfuneral.com