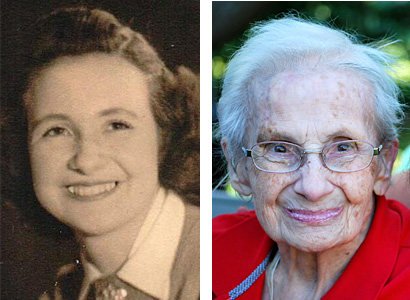 Calling Hours will be held at Cummings Funeral Service, Inc., Watertown on Sunday, March 29, from 2 - 4PM. The Funeral Mass will be celebrated at Our Lady of the Sacred Heart Church on Monday, March 30, at 1PM with Rev. Jonas Tandayu, pastor, presiding and burial in Calvary Cemetery will be in the spring.

For five years she worked for Car Freshener and for twenty years she worked for Northland Electric, retiring as a balancer. She had been a member of the auxiliaries of the Adams Fire Dept., American Legion Post 61, Knights of Columbus, and Precious Blood Monastery. Rita was a communicant of Our Lady of the Sacred Heart Church, a Eucharistic Minister, and a member of both its Altar & Rosary Society and Legion of Mary. She was also a member of the Third Order of St. Francis and Catholic Daughters of America Court 997. Rita very much enjoyed playing Bingo, her volunteer work at the church, and especially spending time with her family. She will be greatly and sincerely missed.

Donations in her name may be made to Our Lady of the Sacred Heart Church, 320 W. Lynde St., Watertown, NY 13601. Online condolences to Rita's family may be made at www.cummingsfuneral.com