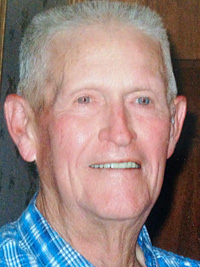 Calling Hours will be held at Cummings Funeral Service, Inc., Clayton on Sunday, February 22, from 2 - 5PM. The Funeral Mass will be celebrated at St. Mary's Church on Monday, February 23, at 11am with Rev. Arthur LaBaff, pastor, presiding. Burial with military honors will be in the spring at St. Mary's Cemetery at a time and date to be announced. Bill was born in Olean, NY on June 16, 1934, son of William L. "Larry" Monteith Sr..and Almeda LaLonde Monteith. The family moved to the Clayton area and he graduated from Clayton Central School in 1953.

On September 9, 1953 he enlisted in the US Navy. Bill did basic training at Great Lakes Naval Base in Chicago, IL and went to submarine school in New London, CT. He did several tours of the Mediterranean primarily aboard the USS Dogfish, as a ship electrician. He received the Good Conduct and National Defense Service Medals and was honorably discharged from active duty on September 6, 1957. He then participated in the U.S. Naval reserves from 1957 until his retirement in 1987. He was inducted into the Holland Club and was a member of the Submarine Veterans of America. From 1959 until his retirement in 1995 he worked for the N.Y. State department of Transportation retiring as a resident Civil Engineer.

He was a communicant of St. Mary's Church and a 3rd degree Knights of Columbus Council 350 member. He was a member and past Commander of the American Legion Colon-Couch Post 821, Clayton and a member of VFW Post 1400 and Elks Lodge 496, both in Watertown. Bill enjoyed boating, fishing, hunting, especially duck and pheasant, and snowmobiling. But especially loved being on the river and on Grindstone island at Thurso bay with friends enjoying a St. Lawrence shore dinner.

The family requests that in lieu of flowers that donations in his name may be made to either St. Mary’s Church, 521 James St. or the American Legion Colon-Couch Post 821, 518 Riverside Dr., both in Clayton, NY 13624.