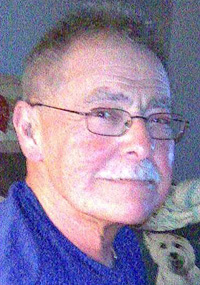 There will be no services. Arrangements are entrusted with Cummings Funeral Service, Inc., Clayton.

Doug was born in New Orleans, LA on October 28, 1946, son of Joseph and Zelma King Crews. He was a graduate of John McDonald High School in New Orleans. He then took Naval courses, training in firearms and as a nuclear power operator. On July 20, 1965 he entered the US Navy. Doug received the Good Conduct, National Defense, Vietnam Campaign with device, and Vietnam Service Medals. On April 13, 1971 he was honorably discharged.

On September 11, 1971 he married Peggy A. Silva at Immaculate Heart of Mary Church with Fr. LaRosa presiding.

Doug served as a Jefferson Parish police officer and he retired after seventeen years of service from Metairie, LA. He then began a career with the Dept. of Homeland Security. He did pre-clearance in Toronto, Canada for five years, and then moved to Clayton in 2000. In Alexandria Bay, he was a US Customs Inspector, Border Crossing Inspector, and a Firearms Instructor, retiring from Homeland Security April 30, 2012.

He loved to read and search the web. But most importantly, has his love and passion for shooting.

Online condolences to his family may be made at www.cummingsfuneral.com