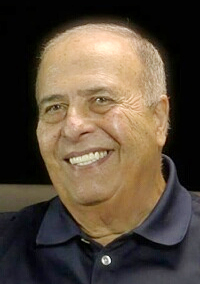 Calling hours will be held at Our Lady of the Sacred Heart Church, 320 W. Lynde St., Watertown on Tuesday, October 21, from noon to 7PM. The funeral mass will be celebrated at the church on Wednesday, October 22, at 11AM and burial will follow in Brookside Cemetery. Arrangements are entrusted with Cummings Funeral Service, Inc., Watertown.

In 1969 FX Caprara was the general manager at George Cook Ford in Scarsdale NY. When an opportunity came from a realtor purchasing a car, FX was offered 90 acres of vacant land on Perch Lake Rd Watertown NY. After traveling to Watertown for the next five years to view the land and area, in 1974 FX and Helen decided to move their family to Watertown for a better way of life. Watertown would be the place to create great businesses and an even better family life with an abundance of opportunity. In August of 1974 FX obtained his first dealer license and opening FX Caprara Auto Sales. This dealership was in the back yard of the 90 acre opportunity that then became his home. Fx started the business with just three cars, his wife Helen and children. In 1992 FX opened his first new car dealership. Today FX Caprara stands for ten dealerships and nineteen different franchises. FX Caprara employes over three hundred and fifty local residents. FX has always had a dream in life mirrored by good times and vision.

FX was often asked to help in many local projects and proud supporter of local charities and events throughout his life. FX was a well known member of the Sacred Heart Foundation for many years and was on its Honorary Council. He also was a member of the Watertown Elks Lodge #496, the Italian American Civic Assoc., Eagles Aerie #782, the Brownville American Legion, and was a Third Degree Knights of Columbus. FX Caprara was a true leader, actively participating with his empire of dealerships. FX first and foremost was a family man. He built all relationships with a smile and a handshake. FX loved the outdoors, hunting, fishing, baking, racing, photography - the list goes on.

Flowers in his memory may be sent directly to the church. Online condolences to FX's family may be made at www.cummingsfuneral.com.