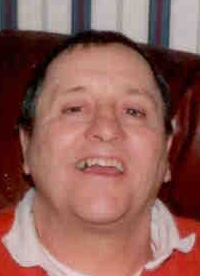 Gary W. Belcher, 68, Adams Cove, Pillar Point passed away Thursday morning, August 21, 2014, at his home under the care of his family and Hospice of Jefferson County.

At his request there will be no calling hours or funeral. Arrangements are with Cummings Funeral Service, Inc., Watertown.

Gary was born in Watertown on February 5, 1946, son of Willard and Bertha Cushing Belcher and he attended Watertown schools.

On March 21, 1963 he entered the US Army. He was an engineer equipment mechanic for the Army, served in Vietnam, and retired from the reserves on March 20, 1969.

Gary worked as a heavy equipment mechanic on Ft. Drum after the service. He then was a foreman for the Dexter Hydro Development Group. He returned to Ft. Drum, and retired in May 2000. While at Ft. Drum he worked at Griffiss Air Force Base during the Iraq War, and received three civilian commendations and a "Outstanding Civilian of the Quarter" during the period of October 1-December 31, 1995. He was a member of the Dexter American Legion Post 673 and a former member of the Watertown Corvette Club & Rustic Golf & Country Club. He enjoyed golfing, custom muscle cars, boating, motorcycles, drag racing, distance running, skiing, weight lifting, and was a licensed scuba diver.

Gary will be remembered as a "fun loving" man who was loved dearly by his family and friends, made many great lasting memories, and truly knew how to enjoy his life.

Donations in his name may be made to American Cancer Society, Attn. Relay for Life, Lisa's LuLu's, PO Box 357, Hospice of Jeffeson County, 1398 Gotham St., or Watertown Urban Mission, 247 Factory St., all in Watertown, NY 13601. Online family condolences may be made at www.cummingsfuneral.com.

#1 michael mothersell 2022-03-15 12:36
im his grandson it has been so long but i still think about you every day and night wishing i had spent every year month week day hour minute second millisecond summer spring winter fall with you you made every second count with everybody never a dull moment with you by my side i still take care of nana to this day shes in Florida living her best life.every single birth day of yours i spend watching golf and football.we all miss you with all of our heart im 15 now.i love you:"your time is limited so don't waste it living someone else"Steve jobs"
Report to administrator
Refresh comments list