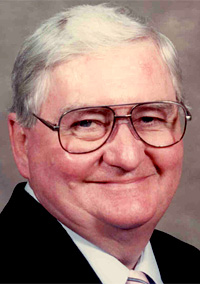 Alvan A. Taylor, 89, Taylor Lane, Clayton, passed away August 12, 2014 at the Samaritan Keep Nursing Home with family at his side where he had resided since March 14, 2014.  The Funeral Service will be held on Saturday, August 16, 2014, at River Community Church, Clayton at 1:00 pm with Reverend Charles Constantino and Reverend Alson Taylor officiating. Calling Hours will be held on Friday August 15, 2014 from 4:00 to 7:00 pm at the Cummings Funeral Service, Inc. Clayton.

On June 1, 1942, at the age of 17, he entered the US Marine Corps, serving his boot camp at Paris Island, SC.  He was stationed on Pier 92, NYC where he attended RCA Radio Intelligence School and graduated as a High Speed Radio Operator with Distinction. He served with the 1st Marine Division, which was involved in the invasion of Pelilio.  He finished his four years in the Marine Corps and service to his country on June 6, 1946 as a Corporal.  During his service, his unit received five battle stars.

He had attended Burdett Business School, majoring in Accounting and Northeastern University, both in Boston in addition to  Empire College in NY.  On August 23, 1952 he married Patricia Hull Craib at the First Baptist Church in Berlin, NY with Reverend Paul DeMeurers officiating.

Alvan worked for the General Motors Acceptance Corp. for a total of 33 year, 15 years as Sales Manager GMAC Boston.  On April 1, 1969 he transferred to Watertown, where he was the GMAC Branch Manager until his retirement.

He was a true Family Man, loved and served the Lord faithfully as a Man of God, a member of the River Community Church and Church Choir and had served on the General Board of the American Baptist Churches USA and on the NYS ABC and North Country Association.  Alvan was the first volunteer at the Cape Vincent Correctional Facility prison ministry program. He was Past President of the YMCA in Wakefield, MA and served on the YMCA Board of Directors in Watertown as well as serving on the Jefferson County Community Service Board. An avid singer, he was a member of the Northern Choral Society, Men's Voices of the River, and the River Chorus.

Mr. Taylor was the chairperson of the Town of Clayton Recreational Park Commission which initiated the current Cerow Recreation Park Complex; he was the 1st President of the Clayton Minor Hockey Association, and a co-founder with Jerry Wetterhahn of Old Timers Hockey.  He was a sponsor and active volunteer at the Clayton Opera House, Thousand Islands Arts Center, and the Antique Boat Museum.  In 2002 he was Co-Citizen of the Year with his wife, Patricia. He and Pat were avid cyclists on RT 12E, identified by bright orange and green vest/helmets and coffee in the Village socializing and song at various morning dining spots.

He is survived by his wife of 62 years, Patricia Hull Craib Taylor, his five children and their spouses, Justin A. II and Debra G. Taylor, Alson H. and Kelly L. Taylor, Nancy C. and husband Frederick P. Schmitt, and Matthew A. and Barbara M. Taylor, all of Clayton, and Mark L. and his wife Tamara T. Taylor, Watertown; Meryl Boyce, Australian American Field Service Daughter (1970 – 1971) and husband  Mike Fisher, Dallas TX, 12 grandchildren and 8 great-grandchildren, and several nieces, nephews and cousins.  He is predeceased by two brothers William L. Taylor and Justin A. Taylor.  Donations may be made in his name to River Community Church, Bell Fund 38844 Bartlett Point Road, Clayton, New York 13624.  Online condolences to his family may be made at www.cummingsfuneral.com.