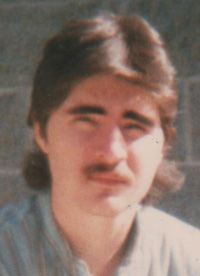 A celebration of his life will be held at the pavilion of Cerow Park, Clayton on Thursday, August 7, from 5 - 8PM. Arrangements are with Cummings Funeral Service, Inc., Watertown.

Jim was born in Watertown on January 11, 1960, son of Dennis L. and Carol A. Ferguson Rogers and he graduated from Thousand Islands High School in 1978. He had worked in the paint department at Frink SnoPlow, Clayton, held numerous jobs in the Watertown area, and was a self-employed handyman. He had attended St. Mary's Church, Clayton and was a member of the International Machinists & Aerospace Union. He enjoyed fishing, snowmobiling, and had played football and baseball.

Donations in his name may be made to the American Diabetes Assoc., 6390 Fly Rd., 2nd Floor, E. Syracuse, NY 13057. Online condolences to his family may be made at www.cummingsfuneral.com.