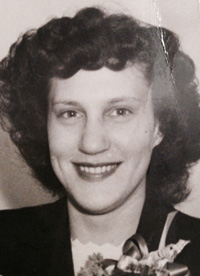 A funeral service will be held at Cummings Funeral Service, Inc., Watertown, NY on Saturday, July 19, at 9:00 AM with Rev. Steven Murray, pastor of Holy Family Church, presiding followed by burial in Glenwood Cemetery, Watertown. There will be no calling hours.

Gerry was born in Watertown, NY on February 15, 1930, to the late Charles J. and Laura M. King Marsala, Sr. Gerry graduated from Watertown High School in 1947.

On November 4, 1955 she married Francis “Frank” D. Beck in Sackets Harbor, NY. They resided in Watertown until they moved to KY in 1974.

Gerry worked for NY Telephone in Watertown in the 1950's. She was a surgical instrument technician at Regional Medical Center, Madisonville, KY for 17 years, retiring on May 15, 1992. She was a member of the American Legion Post 6, Ladies Auxiliary, Madisonville, KY and the Republican Club. Gerry was an avid volunteer in local schools and a devoted member of Immaculate Conception Church, LaGrange KY.

Donations/Contributions in Gerry's name may be made to your favorite charity. Online condolences to her family may be made at www.cummingsfuneral.com.