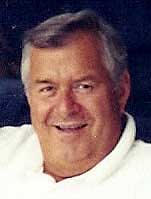 Dr. Robert W. Johnson, 69, passed away Sunday afternoon August 26, 2012 at his home under the care of his family and Hospice of Jefferson County.  Dr. Johnson was the son of G.Warren and Ada Streets Johnson, Watertown.

Dr. Johnson, born October 2, 1942, grew up in Watertown and attended Watertown Schools, graduating from Watertown High School in 1960.  He attended St. Lawrence University from 1960 until 1963, opting to graduate early to attend  University of Pennsylvania School of Dental Medicine in Phildelphia , PA.   While at St. Lawrence, Dr. Johnson majored in Chemistry and minored in English.  He was a member of Epsilon Lota chapter of Sigma Chi National Fraternity.  On May 30th, 1964, at Holy Family Church he married Patricia Katherine Mooney, daughter of  Francis and Carrie Parnell Mooney, Watertown .  The couple then moved to Phildelphia , PA.

In 1967, he graduated from the University of Pennslyvania with a Doctor of Dental Medicine.  On September 15, 1967, he entered the United States Air Force as a Captain assigned to Pease Air Force Base, Portsmouth , N.H.   He was appointed Combat Crew Dental Surgeon for the 509th Bomb Wing of the Strategic Air Command, 8th Air Force.  He served two years and was honorably discharged in 1969.

Upon returning home, Dr. Johnson joined Dr. John Trowbridge in Carthage , N.Y. and the two maintained an office practice on Mechanic St. until 1986.  Dr. Johnson, then opened a private practice on Sayre Road in Carthage , which he maintained until retiring in 2002.  From 1973 until 1987, Dr. Johnson was Dental Director of the Jefferson County Rehabilitation Center .  He was also the attending dentist at Carthage   Area Hospital concentrating on full mouth rehabilitation for the handicapped/multiply handicapped, who could not be served in a typical office setting.  Dr. Johnson was a member of the American Dental Society, New York Dental Society, and the Jefferson County Dental Society.  He also served on the Carthage Central School Board for five years.

Dr. Johnson is survived by his wife, Patricia M., Bayshore Estates, Dexter; his brother Craig and his wife, Elizabeth, Sarasota ,Fl.; his 5 children and 11 grandchildren.  His oldest son Todd and wife, Kathryn, reside in Liverpool .  Daughter Paige and husband Terence O'Brien, live in Black River with their two children, Gabrielle and Lelan.  Dr. Troy Johnson and wife, Heidi, also live in  Black River with their four children, Ian, Lauren, Grace and  Abigail.  Daughter, Erin, her husband Timothy Girard and their children, Gavin,Brenna, Julia and Olivia reside in Montgomery Village , M.D.  Dr.(s) Trevor and Monica Johnson, live in New Market, MD with their daughter, Elyse and are expecting a baby boy in October.

Condolences may be shared with the family mailto:This email address is being protected from spambots. You need JavaScript enabled to view it..  There will be no calling hours or funeral service. A private ceremony for immediate family only will be held lakeside.  Arrangements are with Cummings Funaral Service, Inc. Watertown.

As per the families wishes, donations may be made to Hospice of Jefferson County, 1398 Gotham Street , Watertown , N.Y. 13601 .  However, prior to his death, Dr. Johnson  made a special request, "please tell people that instead of donations to give their children, grandchildren and great grandchildren a hug...for that is what life has always been about".