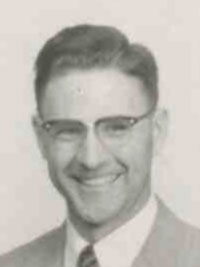 There will be no services as per his wishes and arrangements are with Cummings Funeral Service, Inc., Watertown.

Allen was born in Three Mile Bay on July 2, 1921, one of 13 children of George M. and Georgianna Perney Branche. He was a graduate from Sackets Harbor High School.

From 1940 - 1947 he had a milk route in the Sulpher Springs and Adams Center area. From 1951 - 1957 he was a salesman for Salada Tea Co. From 1958-1959 he worked for Tetley Tea and Electrolux. He was a self-employed contractor from 1960 - 1992, working mainly with NY Telephone, And with his wife, Esther, he was a co-owner and operator of the Leray Motel/Miniature Golf from 1973 until their retirement in 1997. After retirement, he enjoyed spending winters in Florida with his wife and friends. 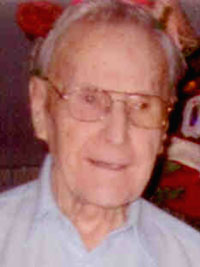 He was a former member of both Holy Family and Our Lady of the Sacred Heart Churches and the Northside Improvement League. He looked forward to visits from his grandchildren and beamed with happiness when they were around.. Allen also enjoyed dancing, yard maintenance, puttering on his classic car, playing cards, and watching NASCAR, and football.

In lieu of flowers, please make a charitable contribution to your favorite charity in his name. Online condolences to Allen's family may be made at www.cummingsfuneral.com.