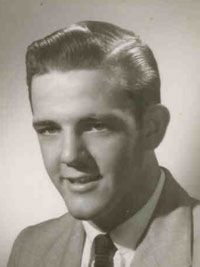 Arthur B. Salisbury, 75, of County Rt. 162, town of Rutland, passed away in the emergency room at Samaritan Medical Center on Saturday, March 29, 2014.

Calling hours will be held at Cummings Funeral Service, Inc., Watertown on Wednesday, April 2, from 11:30AM - 1:30PM. The funeral service will follow at the funeral home at 2PM with Rev. Fred Garry, pastor of First Presbyterian Church, officiating with burial in the spring in Brookside Cemetery.

Arthur was born in Watertown on November 11, 1938, son of Arthur W. and Florence Campbell Salisbury. His birth parents were Malcolm M. and Ola W. Wicks Salisbury. He graduated from General Brown High School in 1957 and had attended Canton College. He was a US Army Reservist, discharged in 1961.

He had worked for NY Airbrake, Tip Top Bakery, and Prudential Insurance Co. He was a driver and salesman for Pepsi-Cola, now Pepsi Bottling Group, from 1965 - 1992. He then delivered cars for Fucillo Auto Group.

Art was a member of First Presbyterian Church. His greatest joys were his grandchildren, and he enjoyed gardening and yard work.

Donations in his name are appreciated to a favorite charity of your choice. Online condolences to the family may be made at www.cummingsfuneral.com.