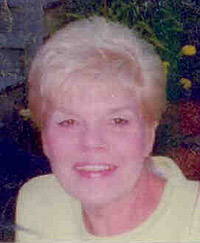 Paula Lynn Siegel, 66, Patricia Dr., Watertown, passed away Monday morning, September 3, 2012, at her home under the care of her family and Hospice.

Calling hours will be held at Cummings Funeral Service, Inc., Watertown, on Thursday, September 6, from 11AM - 1PM followed by burial in Brookside Cemetery.

She married Ira Siegel, of Brooklyn, in 1985 and was the beloved mother of Kimberly Davis, of Watertown.

She was employed as a history tutor at Kingsborough College, as well as a docent at the Wycoff Museum, both in Brooklyn. Paula and her family relocated back to Watertown in 2002, where her husband was employed as a pharmacist at Rite Aid Pharmacy. Among her hobbies were politics, history, and genealogy, and was a member of the Daughters of the American Revolution.

#1 David Bushnell 2021-10-25 11:18
Kim, I just today (10-25-21) learned of Paula's passing. I don't know if you remember me or not, but I was Paula's cousin. I am so sorry to learn this, after years of losing touch with her, and you. Last time I saw her was in the mid-80's when she lived in Brooklyn. She & I were very good friends, again so sad to learn of her passing.
Report to administrator
Refresh comments list