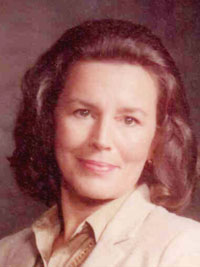 Joan Ann Fowler, 83, formerly of Watertown, passed away Saturday, March 15, 2014, at Country Manor Nursing and Rehabilitation Centre, Carthage where she had resided since 2006.

Calling hours will be held at Cummings Funeral Service, Inc., Watertown on Thursday, March 20, from 4:30 - 6:30PM followed by a funeral service at the funeral home at 7PM. Burial will be in Glenwood Cemetery at the convenience of the family.

Mrs. Fowler was born in Watertown on April 19, 1930, daughter of Bruce A. and Celeste Ulmen MacDonald, and she graduated from Watertown High School.

She was a homemaker and had worked at Pine Camp for a number of years as a telephone operator. She was a member of Holy Family Church, and she enjoyed crossword puzzles, sewing, music, and reading. She and her husband lived in Minneapolis after their marriage and returned to Watertown in 1955.

Donations in her name may be made to Country Manor Resident's Activities Fund, 1045 West St., Carthage, NY 13619. Online condolences may be written at www.cummingsfuneral.com.