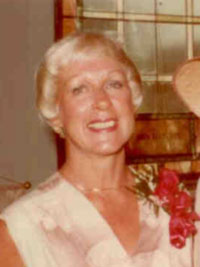 Calling hours will be held at Cummings Funeral Service, Inc., Watertown on Friday, February 7, from 4 - 6PM. There will be no funeral and a graveside service at Sanford Corners Cemetery will be announced in the spring.

Pat was born in Elizabeth, NJ on September 25, 1929, daughter of G. Patrick and Dorothy Hazen Keeley and she graduated fro Hamburg High School. A marriage to Clarence "Kinky" Cartin ended in divorce. She then married Gordon Green and he died in 1974. 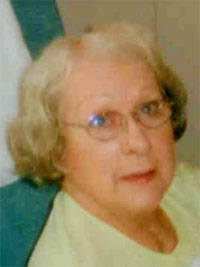 She worked all her life in the banking industry, beginning at Marine Midland in Watertown and retiring from Bank of America, Ft. Lauderdale, FL as head teller. She loved gardening and the NY Yankees. She had lived at Northland Estates and Kelsey Creek Apartments before moving to Summit Village.

Donations in her name may be made to SPCA of Jefferson County, 25056 Water St., Watertown, NY 13601. Online condolences may be made at www.cummingsfuneral.com.