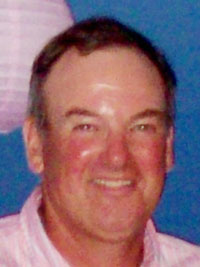 Scott J. Fiorentino, 56, of Baldwinsville, passed away unexpectedly on Friday, Nov. 1. He was born in Watertown on Feb. 13, 1957 to Nicholas and Suzanne (Mosher) Fiorentino. He graduated from Watertown High School in 1975 and attended Cortland State and Canton ATC.

Scott retired from National Grid in June after 34 years of service. At the time of his death, he was employed by JF Electric as a safety supervisor.

Scott's greatest joy was his wife of 36 years, Margaret Flynn and two genuinely loved children, beautiful daughter, Meredith and his vibrant son, Nicholas. He is also survived by uncles, aunts, and cousins. Scott was predeceased by his parents and grandparents, Gordon and Rose Mosher and Dominic and Adeline Fiorentino, along with his aunt, Phyllis Fiorentino.

He spent many years playing, coaching, and supporting both hockey and lacrosse, to include being selected as lacrosse MVP at Watertown High School. He was a coach for the Watertown Youth and Thousand Islands Youth Hockey Associations, along with being a past board member of the TI Youth Hockey Assoc. He played an influential part in coaching Meredith and many other young women of the Syracuse Stars as they advanced to State and National competition.

Scott believed that the game of lacrosse gave him much as a player that he wanted to give much back to the sport. He epitomized what the sport of lacrosse stands for - Passion, Courage, and Sacrifice. He loved the game. He was an ambassador for the game. He put countless hours in as a coach, supporter and referee for youth, high school, and college. He spent hours behind the scenes running the Baldwinsville chapter of the Brine Upstate Lacrosse League and the Central New York Lacrosse Officials Association.

Along with sports, Scott was an avid hunter and fisherman. He had a true passion for the outdoors and the peace it brought him, in particular boating on the St. Lawrence River. He also loved all the labs that come into his life for the past 34 years.

Every day he taught his kids the importance of discipline, hard work, and dedication. He treated everyone as equal and became friendly with all who crossed his path. We will always remember his smile.

Calling hours will be Thursday, Nov. 7, from 4 - 7 at Cummings Funeral Service, Inc., 214 Sterling St., Watertown. A Mass of Christian Burial will be celebrated on Friday at 11 at Our Lady of the Sacred Heart Church, 320 W. Lynde St., Watertown with Rev. Pierre Aubin officiating.

In lieu of flowers, memorial contributions may be made to the American Heart Association, PO Box 417005, Boston, MA 02241. Online condolences to the family may be made at www.cummingsfuneral.com.