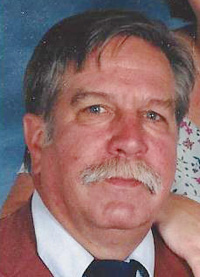 BURRVILLE -- C. Timothy Sullivan, 67, died Sunday, October 13th at the Samaritan Medical Center in Watertown after a long illness. Born August 16, 1946, in Watertown, son of Daniel and Anne Sullivan, Tim found joy during his young adulthood skiing at Dry Hill, where he worked briefly as an instructor.

After graduating from Watertown High School, he attended St. Francis College in Maine, majoring in journalism. Tim began his newspaper career as a reporter in Pennsylvania, where he fell in love with Penn State football, but eventually moved to Massachusetts, taking the job as sports editor of the Gloucester Daily Times.

Though excelling in that position, he's remembered in Gloucester for his later work covering the waterfront and commercial fishing industry. John Christie, who worked with Tim at the Times and is publisher of an investigative news service in Maine, said, "Tim's great talent was having the patience to learn and understand the technicalities of fishery regulation and staying on top of what they meant for the fishing fleet."

Dave Cohen, a former Times editor who was also a skiing companion of Tim's, remembered him as "a skilled reporter and expert skier who took on a challenging story the same way he attacked a steep slope: aggressively."

When he was president of the City Council, John Bell, later the mayor of Gloucester, worked closely with Tim on a number of crucial fisheries issues affecting the port. He called Tim "laser-sharp at looking at waterfront stories with a three-dimensional pen. Nothing he took on escaped thorough examination while also telling a great story."

To continue and expand on his waterfront work, Tim left the Times for a job at National Fisherman, a magazine based in Portland, Maine, where he became chief editor. He worked proudly as a lobbyist to help commercial fishermen, including those on his former beat in Gloucester.

In 1988, Tim returned to his childhood home in Burrville, and it was there he discovered a talent for gardening and woodcarving. An avid collector and lover of daylilies, he propagated and registered four plants that he named for his parents and those of his wife, Laurie (Jones), whom he married in 1998.

For many years, Tim hand-carved figures, mostly Santa Clauses, that bore a striking resemblance to himself. His Johnny Appleseed carving at the Burrville Cider Mill was one of his favorites.

Besides his wife of 15 years, Tim is survived by his mother-in-law, Nancy Jones of Copenhagen, as well as brothers- and sisters-in-law Peter and Sandy Jones and Julie and Kenneth Gaines, all of Copenhagen, Steven and Rebecca Jones of Wheaton, Illinois and his aunt and uncle, Donald and Edna Sullivan, Houndsfield, and several cousins and their families. He also leaves Nittany JoPa, a black Labrador retriever named for Tim's beloved Penn State team.

In addition to his parents, Tim was predeceased by an aunt and uncle, Edwin and Helen Sullivan of Victor; two cousins, Father Patrick Sullivan of Victor and Susan Day of Chaumont; and his father-in-law, V. Thomas Jones of Copenhagen.

In accordance with Tim's wishes, there will be no calling hours or services.

In lieu of flowers, donations in Tim's name can be made to a charity of one's choice. Tim had a soft spot for the Urban Mission Food Pantry, 247 Factory St., Watertown, N.Y. 13601. Online family condolences may be made at www.cummingsfuneral.com.