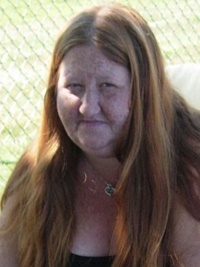 A funeral service will be Thursday, September 19, at 1PM at Cummings Funeral Service, Inc., Watertown with Rev. Steven Murray officiating. There are no calling hours.

Mandy was born October 8, 1963, daughter of Douglas and Phyllis Rivers Judware, and graduated from St. Lawrence High School. She was separated from Stacey LaPorte.

She was a homemaker and her greatest enjoyment was her children. She also enjoyed big cats and dolphins and making different crafts.

In lieu of flowers, the family wishes donations in her name to her children, c/o Mrs. Michelle Hirst, 24101 Lester Rd., Felts Mills, NY 13638. Online condolences may be made at www.cummingsfuneral.com.