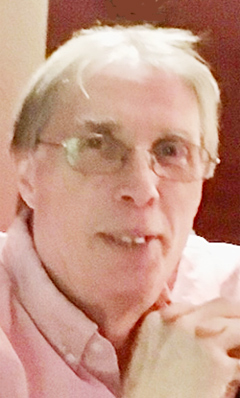 John F. Fitzgerald, 65, passed away peacefully with his family by his side at his home in Watertown on January 17, 2023, Tuesday morning.

John was born in Rochester August 17, 1957, son of John J. and Kathleen E. Kirby Fitzgerald. The family moved to Watertown and he was a 1975 graduate of Watertown High School. On October 19, 2018 he married Ronda S. Romeo at the Tug Hill Winery. A previous marriage ended in divorce.

John served the City of Watertown as a Firefighter from 1984 until his retirement on July 10, 2010. After his retirement he looked forward to spending time with his fellow firefighters whenever he could, like at Christmas parties and hockey games.

John was a self-taught dancer, enjoying all types of danceable music. He also liked to visit wineries, locally and in the Finger Lakes, and enjoyed the wine tastings and good food. He played golf and had been a member of a league for several years. John liked casinos and Quick Draw and was quite lucky in both. He was an incredible cook.

John was very athletic. He played Bocce Ball and corn hole. He kayaked in local rivers and streams, snowshoed, hiked local trails, and climbed Bald Mountain in the Adirondacks. He was an avid runner, running the Boilermaker in Utica many times and completed a half marathon. John was an adventurer and explorer, always looking for the next challenge. John loved the outdoors, watching sunsets with his wife, camping with family and friends around the area, and always took time to appreciate nature and life in general.

He was a member and Past President of the Sons of the American Legion Post 61. John was a life member and treasurer for five years of the VFW Post 1400 Auxiliary.

Calling hours will be held at Cummings Funeral Service, Inc., Watertown on Saturday, January 21, from 11:30am to 2:30pm. The funeral service will follow at 3:00pm with Rev. Canon Samuel P. Lundy presiding. A celebration of John's life will follow the service at the VFW. Burial in Brookside Cemetery will be held in the spring.

In lieu of flowers donations may be made to: Hospice of Jefferson County, 1398 Gotham St., Watertown Firefighters Benevolent Association, Inc., P. O. Box 6277, or Circle of Hope, c/o Walker Cancer Treatment Center, 830 Washington St., all in Watertown, NY 13601. Online condolences to John's family may be posted at www.cummingsfuneral.com.