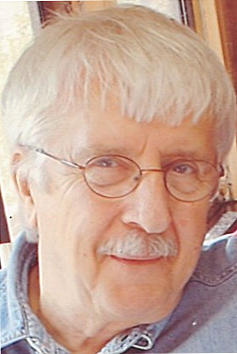 Ronald was born in Mercer, PA June 4, 1942, son of John and Margaret G. Kudrey Asafaylo. The family moved to the north country and he was a 1960 graduate of Immaculate Heart Academy. He graduated from Wadhams Hall Seminary and then from St. Bonaventure University.

He was a Roman Catholic priest in the Diocese of Ogdensburg. After leaving the priesthood, Ronald moved to Lowville and then to Watertown where he was an independent insurance agent. He then joined The Leatherstocking Group as a partner, working there until his death. He was a communicant of Our Lady of the Sacred Heart Church. Ronald enjoyed history, traveling, and especially his family.

Calling hours will be held at Cummings Funeral Service, Inc., Watertown on Sunday, November 27, from 2 - 4 PM. A prayer service will be at the funeral home on Monday, November 28, at 10:15 AM followed by the funeral mass at 11 AM at Our Lady of the Sacred Heart Church. Burial in Immaculate Conception Cemetery, Pompey will be in the spring. Online condolences to Ronald's family may be posted at www.cummingsfuneral.com.

#6 john sammis 2022-11-27 12:58
Ron was our neighbor in Watson. He always had a kind smile and would take time to visit. We will miss him.
Report to administrator
#5 Judy Jacobs 2022-11-26 21:54
I and many others spent fun and wonder-filled days and evenings with Ron on several trips to and around Poland with FR. Jozef Mucha. It was a supreme pleasure to know Ron and experience extraordinary salt mine chapels, mind-numbing Auschwitz and festive dancers and musicians at our hotel near Krakow as well as numerous other spots. We had many happy gatherings together back in NNY too. Godspeed, Ron. You were the best! We love you dearly and always will.
Thanks for your quiet humor and kind heart!
Report to administrator
#4 Jerry Simmons 2022-11-25 09:22
To Ron's family and friends. I was ordained with Ron in 1968. I am from the Erie diocese in Erie,Pa. We were good friends. My sympathy to all - Ron really was a special person. Christ's peace to all - Father Jerry Simmons
Report to administrator
#3 Craig Brennan 2022-11-24 11:24
I first met Ron in the late 70's working with him at Agway Insurance, He introduced himself and his faithful companion "Sinner" one stormy morning. I will always remember the stories he shared with me and his faith in God and humanity. R.I.P. Father Ron
Report to administrator
#2 Patrick Lyng 2022-11-24 10:33
I wanted to pass on my condolences to Ron's family. I was honor to be one of the alter boys that serve his is first Mass at Holy Family.
Report to administrator
#1 Allison Loomis 2022-11-23 14:52
My deepest condolences to Ron’s family. He is a neighbor of ours and we will miss him deeply! Heaven gained a beautiful angel!
Report to administrator
Refresh comments list