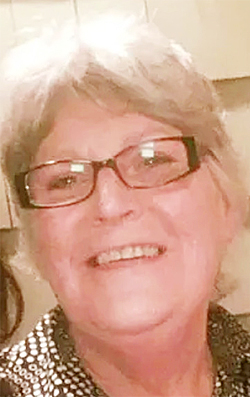 Cheryl A. Karpel, 70, passed away at her home in Clayton Monday evening, October 24, 2022, surrounded by her children, family, and close friends.

Cheryl was born in Watertown October 5, 1952, daughter of Harold and Margaret (LaClair) Shultz. She attended both Lafargeville and Clayton School, graduating from Clayton in 1971. On May 6, 1995 she married the love of her life, George A. Karpel, Jr. at Christ Episcopal Church. George passed away suddenly on July 5, 2013.

Cheryl was employed at the Clipper Inn in Clayton for 20 years. After several years there she became dining room manager otherwise known as the "Hostess with the Mostest". Her Clipper Inn family remained very dear to her.

After her mother became ill in the late 1990's, Cheryl became one of her caregivers. This is when she began to pursue her CNA certification, of which she completed. Cheryl began her next 20 year long career as a Caregiver. She was extremely compassionate, patient and came highly recommended to those looking for the upmost quality care for their loved ones in the Clayton community. She loved her many clients during this time and treated them as if they were family. She was also given the opportunity to be caregiver to her cousin, Jean Heady, of which she always was grateful for.

Cheryl was also a renowned Aretha Franklin lip sync performer. Getting on the dance floor at several family weddings and parties to perform, "Think" was her signature song. She once even took her act across the border in Kingston and landed first place in her one and only lip sync contest.

Cheryl was a dedicated member of Christ Episcopal Church, Clayton, serving on the vestry and the pastoral care committee for several years. She helped organize the Toast of the Town, as well as the annual 90's Luncheon, and was instrumental in the construction of the Clayton Village Playground.

You could always walk into Cheryl's home and find her baking in her kitchen. She won the Elizabeth Huchzermeier Pie Contest at the Depauville Library two years in a row. She played a major role in the success of the annual Christ Church Christmas Cookie Sale for several years.

Cheryl's biggest accomplishment was her grandchildren. JaJa made every moment for them special.

Along with her parents and husband, Cheryl was predeceased by brother Billy Shultz; sisters Sue Hall and Carolyn Bazinet, brothers-in-law Tom and Steve Karpel, brother-in-law Richard Robinson, her niece Margie Karpel, and she and George's beloved dog Niko.

Cheryl's family would especially like to thank all of our family and her friends that continuously gave an outpouring of care, love and support during her illness.

Cheryl's family would also like to thank her team at Jefferson County Public Health, especially Scott, Jessica and Beverly. The care they provided for her during her illness was beyond compassionate and professional. We could not have done it without your presence, knowledge and care.

The funeral service will take place on Saturday, November 5, at 11:00 AM at Christ Episcopal Church with Rev. Lisa Busby presiding. Burial of both George and Cheryl will follow in Clayton Cemetery. Arrangements are entrusted with Cummings Funeral Service, Inc., Clayton and online condolences to her family may be posted at www.cummingsfuneral.com. In lieu of flowers donations in Chery's name may be made to Christ Episcopal Church, 235 John St., Clayton, NY 13624.