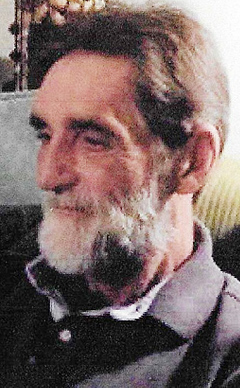 Dean was born in Perth Amboy, NJ March 10, 1961, son of Donald and Amelia Klc Neumann and attended local schools. He moved to Florida in the late 1970's.

He met and then married Lori J. Waterson on October 10, 1987 at Omar United Methodist Church with Rev. Richard Barton officiating. The couple returned to the River after their marriage.

Dean worked for various contractors and was currently on the maintenance and events staff at the Harbor Hotel, Clayton since 2012. He was a former member of the Clayton Volunteer Fire Department, a member of the Fishers Landing Racing Club, and enjoyed NASCAR.

As per his wishes, there are no services. Arrangements are entrusted with Cummings Funeral Service, Inc., Clayton and online condolences to his family may be posted at www.cummingsfuneral.com. In lieu of flowers donations in Dean's name may be made to TIERS, PO Box 524, Clayton, NY 13624 or Fishers Landing Volunteer Fire Department, PO Box 23, Fishers Landing, NY 13641.

I will always Love & Miss ya
Don