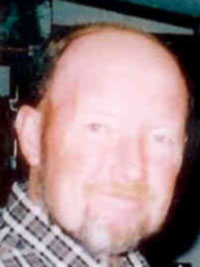 Calling hours will be held Sunday, August 4, 2013, at Cummings Funeral Service, Inc., Clayton from 1 - 4PM. The funeral mass will be celebrated at St. Mary's Church at 11AM, August 5, with Rev. Arthur LaBaff officiating.

Mr. Hurley was born in Long Island City on July 15, 1947, and grew up in Cambria Heights in Queens, NY. He was the son of Daniel P. and Laura J. McLean Hurley. He graduated from McClancy High School, Queens in 1965, from Queens College, NYC in 1969 with a Bachelor of Arts in Economics, and did graduate work at SUNY New Paltz.

On December 13, 1969, he married Virginia A. Wunderle at St. Jerome's Church, Brooklyn with Rev. Joseph S. McGravarty officiating and the marriage ended in divorce in 1994 but they remained friends.

In 1971 the couple moved to Alexandria Bay where he began his career at the Thousand Islands Central School District as a History Teacher. In 1972 the couple moved to Clayton where they raised six daughters. In June 2002 he retired after 31 years of teaching and was a Substitute Teacher until June 2013.

Bob was a Communicant at St. Mary's Church and served as a Lay Minister and Usher. He was a 3rd Degree Knights of Columbus with Council 350, the Clayton Lions Club, a member of the American Legion Colon-Couch Post 821 and of its Color Guard.

While teaching at Thousand Islands High School he was the Advisor of several committees: Yearbook, Class, Student Council, and Ski Club. He also coached baseball and football.

Bob enjoyed spending time with his family, boating on the St. Lawrence River, ice skating, skiing, fishing, and storytelling. He enjoyed baseball and football and was a die-hard Jets fan.

He offered a helping hand whenever needed and was the owner of Hurley Enterprises, "Handyman Special." Although he grew up in NYC, his heart grew fond of the St. Lawrence River where he raised his family and was surrounded by lifelong friends.

Donations in his name may be made to either the Clayton Fire Dept., 855 Graves St., Clayton, NY 13624 or to the Histiocytosis Assoc., 332 N. Broadway, Pitman, NJ 08071, in honor of his daughter, Bernadette. Online condolences to the family may be made at www.cummingsfuneral.com.