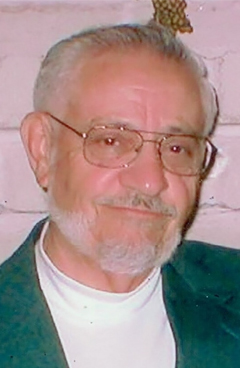 Alfred T. Netto, 91, Myrtle Beach, SC and summer resident of Clayton passed away Wednesday, August 3, 2022, at his home in Clayton.

Al was born in Lyndhurst, N.J. August 2, 1931, son of Alfred F. and Lena Valentino Netto. The family moved to Watertown and he graduated from Watertown High School. He attended Watertown College Center of St. Lawrence University until he entered the US Air Force on February 6, 1951. He received the Bronze Star, and the Korean Service, United Nations Service, National Defense Service and Good Conduct Medals. He was honorably discharged as an Airman 1st Class on January 16, 1955.

After his service to his country, Al returned to the north country and married Marilyn L. Marcellus on February 5, 1955 at the Canton Methodist Church with Rev. Day officiating. Mrs. Netto died May 1, 2009.

Al received his bachelor's degree in Science from St. Lawrence University and did graduate work at St. Lawrence, Potsdam, Oswego, and Syracuse. He taught 6 years at Morristown Central School and retired from Watertown High School after 25 years. During this time he was also a part time teacher at Wadhams Hall Seminary, Ogdensburg. After his retirement he was adjunct faculty part time at JCC and taught at Horry Georgetown Technical College, Myrtle Beach, SC. With his wife, he also ran AM Coffee Shop on Public Square 1985 - 1988.

Al was of the Catholic faith. He was a member of the NYS Retired Teachers Assoc., Watertown Education Assoc., and Clayton Senior Golf League. He enjoyed all sports, especially golf, and woodworking.

Calling hours will be held at Cummings Funeral Service, Inc., Watertown on Wednesday, August 10, from 4 - 7 PM. The funeral mass will be celebrated on Thursday, August 11, at 10 AM at Holy Family Church followed by burial in Glenwood Cemetery. Online condolences to Al's family may be posted at www.cummingsfuneral.com. In lieu of flowers donations in his name may be made to your local American Cancer Society or Hospice of Jefferson County, 1398 Gotham St., Watertown, NY 13601.

I taught at Watertown High School for 30+ years and Al was a colleague for those same years. He was a good man and a great teacher.

My sympathy to his children.

Report to administrator
#11 Burt Phillips 2022-08-06 10:19
Al Netto was a treasured colleague and friend and I celebrate having known him. Al may have been short in stature, but I always looked up to him.

Burt Phillips
Report to administrator
#10 tony soluri 2022-08-06 09:58
Our prays are with him and his family . Sorry for your loss !! Tony & Mary Soluri
Report to administrator
#9 Zina Ramey 2022-08-06 09:10
My deepest sympathy to the entire family for the loss of your dad. He was always such a nice guy when I would come to the house in Watertown with Teresa. May you all find comfort knowing he is reunited with your mom.
Report to administrator
#8 Timothy Austin 2022-08-05 22:58
Nicki & Diane - I'm so sorry to learn of the passing of your father. He was a good man, and undoubtedly a great father, and I'm sure he'll be greatly missed. I hope that the love and support you get from friends and family help you get through this difficult time. Best wishes and warmest regards to you and your whole family.
Report to administrator
#7 Paula Chamberlain 2022-08-05 11:10
I had Mr. Netto in the '60s at Watertown High and always found him pleasant and accepting of students of all backgrounds. I am saddened to see he has passed. He was loved by many.
Report to administrator
#6 Charles Alford 2022-08-04 22:39
Mr. Neto was one of my teachers at Morristown back in the’60’s. One year, I don’t remember which, he was my home room teacher. He was a nice guy. Wish I’d known he was in Myrtle Beach, as I now live in Charleston. Condolences to his family.
Report to administrator
#5 Lori Larson 2022-08-04 21:16
Angie & family ~ Please know my thoughts and prayers are with you with the passing of your father. May memories of time together and wonderful moments serve to fill the void of his absence. God Bless and may he rest in eternal peace.
Report to administrator
#4 Fred Walker 2022-08-04 20:52
Nikki and Diane, my sincere condolences to you and your family. I had the pleasure of visiting with your Dad a few times at the Coffee Shop, such a nice man. Fred
Report to administrator
#3 Jodi Bollig 2022-08-04 20:02
Angie, Callie and family, Arlin and I send our heartfelt condolences at the loss of your dear father. When met him in Arizona, his strength, kindness, and love for his family shone through. In Matthew 13 we are reminded of this promise: --The kingdom of heaven is like a mustard seed, which a man took and planted in his field. Though it is the smallest of all seeds, yet when it grows, it is the largest of garden plants and becomes a tree, so that the birds come and perch in its branches.-- may this be a comfort you. "Like a bird singing in the rain, let grateful memories survive in time of sorrow." Robert Louis Stevenson
Report to administrator
12
Refresh comments list