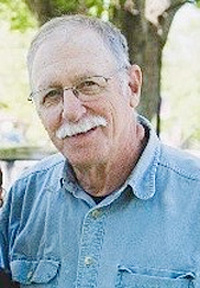 He started working part time during his high school years in the circulation department of the Watertown Daily Times, leaving there in 1980 after obtaining the position of Assistant Circulation Manager. Dave then was employed by the Hunt-Wesson Grocery Products Co. as a sales representative and trainer for 18 years. He then went to work for Wells Communication, Watertown, retiring in 2010, once again in the sales department. Dave enjoyed to the utmost his part time job as a field representative for Converse Labs, Watertown where he continued his travels in and around the north country.

In 1978 Dave was elected town justice of the town of Pamelia, serving until 1981. During 1980 Judge Bonney closed nearly 4400 cases, making his the busiest justice court in Jefferson County. During his time on the bench, he was called upon to preside over many high profile cases which required a preliminary and other hearings.

A celebration of life for David will be held on Saturday, July 30, beginning at 11:00 AM at the Cape Vincent Fire Hall followed by a luncheon. Arrangements are entrusted with Cummings Funeral Service, Inc., Watertown and online condolences to his family may be posted at www.cummingsfuneral.com. In lieu of flowers, donations in Dave's name may be made to the Salvation Army, 723 State St., Watertown, NY 13601 or your favorite charity.

1234
#37 Lee Marshall 2022-07-30 12:17
Dave was in my homeroom the first year I taught at WHS. From then on, whenever our paths crossed, I was "Teach". He attended many retired Troopers meetings as a social time. His good humor will be remembered, as will his dedication to his family and his community and fire departments!
Report to administrator
#36 Mike Hedrick 2022-07-29 22:03
I've known Dave since high school. He was always there with a warm smile and witty quip. His sense of humor endeared him to all he met. The WHS Class of 1964 and the world has lost an amazing man.
My deepest sympathies to Jann and family.
Report to administrator
#35 Maureen OConnor 2022-07-28 12:46
Dave, I am so sorry about your dad. He had a gentle smile, just like you. Thinking of you
Report to administrator
#34 Lynn Kellock 2022-07-24 11:42
I am very sorry at the loss of Dave. It He was a great person and fun to be around. My condolences and prayers are with the family. He will be greatly missed.
Report to administrator
#33 paul fiegl 2022-07-24 07:50
Dear Jan and the Bonney family