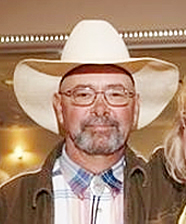 Arthur (only his mother called him that) "Art" Jeffers, 68, passed away Sunday, July 3, 2022, on his own terms at his home in Chaumont under the care of his loving wife, Ellen, friend and RN Rachel Gallagher, and the assistance of Hospice of Jefferson County.

A life well lived, Art was a Watertown Northsider growing up (Dad: Harvey Sr; Mom: Earline). He graduated WHS in 1972 (he'll miss the 50th reunion in August but wasn't much of a reunion type guy anyway) and he attended Paul Smith's College. (Forestry he claimed but he never knew much about trees.) He loved hunting and especially on Tug Hill in the "Old Railroad Bed" and he was an avid fisherman of walleye, perch and smallmouth bass with Ellen often at his side.

Art and Ellen McGrath Jeffers were married for over 37 years having tied the knot at Poor Richard's East in 1984. It was the first (and maybe only) wedding and reception at the establishment - a local neighborhood place for Ellen and one of Art's many 2nd homes in his day. Art and Ellen's time together was filled with many adventures and, of course, some sad moments (the deaths of parents and especially of Art's beloved brother, Harvey Jr. - "Doc" , in 1995). There were no children from the marriage. When the question was inevitably asked, the response was jokingly (in unison), "Babies?? We don't need no stinkin' babies!" You really had to know them.

After working at Garns Supply, Hyde Plumbing and Northrop Motor Co. (the dealership's first finance manager) Art, a self-taught carpenter, opened his own business as Art's Home Improvements. He was a one man operation whose customers often became not only repeat customers but friends as well. Art was also very proud of the work he did in the 5 houses he shared with Ellen. From Charles St. in Watertown to Pt. Peninsula to Crossville and Hilham in Tennessee and then to Chaumont, Art made good on his promise to turn each house into a home.

Art always said he hated funerals (calling hours worse) so there'll be "none of that." Final arrangements are entrusted to Cummings Funeral Service, Inc. , Watertown. Online condolences to the family may be posted at www.cummingsfuneral.com and also on Ellen's Facebook page Ellen McGrath Jeffers. (Art wasn't fond of electronic devices but was caught on Ellen's Facebook and of course on Newzjunky quite often.)

123
#26 Betty Morenz Hampton 2022-07-16 21:18
I too am a WHS 1972 alumni. I went to school with Art
from grades 7-12. He was always fun to be around. I am so sorry to hear about his passing and very sorry for your loss.
Report to administrator
#25 Sharon Dickerson 2022-07-15 15:50
Ellen,
So sorry to hear of Art passing.
You are in my thoughts and prayers, sweet lady.
You take care of you, miss you.
Report to administrator
#24 Kim Mattraw 2022-07-14 20:17
Ellen, I'm so sorry to hear this news about Art. I'll never forget our times together at Poor Richards and at That Borden Thing! Plus the t-shirt for Rachel that he had made for her because she was born on his birthday! Thinking of you.
Report to administrator
#23 Candice Hensler 2022-07-12 02:42
Forever... forever in your heart. You two were definitely attached at the hip, one-in-the-same , and spent an incredible amount of time making a lifetime of laughter and memories. That's how I firmly remember you. Glad that (many moons ago) I also got to share in some of those moments too. Wishing now for you to be held up by all that love. The obit captures his spirit, he surely didn't change! Big (((hugs))) for you Ellen. You'll remain in my thoughts. (Candy Alguire) Sincere condolences.
Report to administrator
#22 David McDonald 2022-07-09 11:59
Sorry to hear of Art's passing. Had a lot of good times with him. He was a good friend. Thinking of you.
Report to administrator
#21 Kathy Staudenmayer 2022-07-09 10:38
Ellen, We were so sorry to hear about Art. We have so many fond memories of the times we all spent together.. Nighttime boat cruises listening to the oldies, our weekend at "humping" camp. He was one of a kind and always had us laughing. Our thoughts are with you at this very sad time. Kathy and Tom
Report to administrator
#20 Tom Wild 2022-07-09 10:32
I'm so sorry, Ellen. I think my favorite memory of Art is the week he spent with us in Rochester remodeling our bathroom. One day I came home from work; he handed me some siding and nails, and pointed me to the set-up ladder. ("I don't climb ladders"!)
Then, off we'd go to Muldoon's, where Art quickly became a favorite of the establishment. I'm sure you're not surprised—every one loved Art.
Report to administrator
#19 Carmen Sweet 2022-07-08 14:17
Think of you snd your family! Sending love and prayers! Carmen
Report to administrator
#18 Kelly Kirkland 2022-07-08 06:28
So sorry to read this , send my condolences . It’s been years since we had our boats side by side at Mud bay and visit your place on the point . Oddly enough I was on my way to Long point Sunday went by your road and mentioned you both . Sending love and hugs
Report to administrator
#17 Mike Booth 2022-07-07 22:55
With the Greatest Respect for an old Friend... Art & Doc we're just nice Guys... After duck hunting on Pt. Peninsula Art's Mom would cook up duck dinner to perfection... I am sad I did not have an opportunity to have a beer and a life long conversation with Art... Mike Booth
Report to administrator
123
Refresh comments list