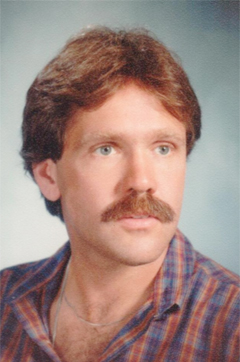 Joseph F. Durgin III, 74, died suddenly on the evening of Saturday, December 11 in Sarasota, FL. Joe's manner of death, uneventful and quiet, was the antithesis of his life.

Born on June 17, 1947, in Watertown, NY, Joe was the only child of Elnora M. Durgin (Ingerson) and the late Joseph F. Durgin, Jr. He spent his childhood in a slew of North Country towns, often amidst unusual circumstances. Those included but were not limited to, years spent living in a Philadelphia, NY restaurant operated by his parents - during which time they shared a single bathroom with guests - an Evans Mills funeral home, and, ostensibly, an errant year in Florida sometime in between.

A member of Indian River High School's graduating class of 1965, Joe was voted Best Dressed and elected Prom King. Due to his impressive speed, he set records in football and track and field (competing in the 100-yard dash and 220-yard dash on a cinder track). At least one of those records may still stand today, but Joe most certainly holds the distinction of being the only person to ever "walk" up and down the bleachers and the perimeter of the gymnasium, standing on his hands.

While studying education at SUNY Brockport, where he went on to earn a bachelor's degree in 1969, Joe spent summers working in a grandiose compound of palatial log cabins - one of the Great Camps of the Adirondack Mountains - on Raquette Lake for a woman named Madame Garvin. This job had him running extravagant errands, among the most notable of which was fetching fresh ingredients for dinner - via seaplane - from New York City. But then, as rumor has it, Joe claimed to be "out sick" for four days in August of 1969. After someone spotted him (quite healthy and happy) on a news segment about a music festival in Bethel, NY (Woodstock), his gig with Madame Garvin came to an unceremonious end.

With the Vietnam War escalating and the promise of a draft looming large, Joe thought surely his number would come up. At least by enlisting he could have some say in the matter. But when 366 birth dates printed on slips of paper were mixed in a shoebox, dumped into a jar, and drawn one at a time on December 1, 1969, he would be 10th from the last. His wager to "select" vs. waiting to be "selected" seemed to be unwise. Yet as the story goes, on the day he was set to ship off to Southeast Asia, Joe was plucked from the plane and told to serve stateside in the Reserves, thanks to his father's status as a fully disabled veteran and his own as an only son. In June of 1975, after serving six years in the Army National Guard's 309th Ordinance Company, he received an honorable discharge.

Joe was living in a small camp on Moon Lake in Theresa, NY when he met Marlene Phillips. One summer later, the two flew in a plane over the lake - their friends and neighbors waving from below - as he asked her to be his wife. They married in a three-hour-long ceremony (the better word might be "production") inside Theresa Presbyterian Church. It was August 10, 1985, and by all accounts the hottest day of that summer, in a church without air conditioning. They were then hoisted onto the backend of a firetruck, strapped in, and carried off to the Theresa Fire Hall for dinner and dancing. After an extended honeymoon spent touring Europe, the two wasted no time in starting a family. Joe and Marlene had three children: Joey, Bryn, and Kyle.

In 1994, the Durgins moved to Antwerp Street in Philadelphia, NY where Joe famously (and illegally) painted the fire hydrant out front yellow to match their big yellow house. The lawn often looked like a used car lot featuring Joe's 1967 Oldsmobile Delmont, a red Volkswagen Beetle, and most notably a 1971 Corvette Stingray in Nassau Blue. It was not until 2020, when the couple purchased a home in Sarasota, FL, that Joe lived anywhere else.

Joe worked for the Indian River Central School District for 42 years. For most of that time, he taught English 12, Public Speaking, and Drama. For some of that time, he chaired the English Department. For all of that time, until he retired in 2010, Joe was a de facto parent to his students. It's why he so often served as the selected speaker for graduation ceremonies. His classroom (behind a muraled wall at the end of a hall) looked like the inside of a Cracker Barrel and surely broke fire code but felt like home. He hand-wrote worksheets, always wore a suit and tie, and regularly made lesson plans so inspired that students were moved to tears. He taught compassion and selflessness and took care of his students while teaching them how to take care of others. In everything, he taught love.

Joe was known for his perfect pitch and could be prone to dramatics. So, naturally, he led the Drama Club and directed theatrical productions at the high school. He even wrote and produced original productions alongside his students. Joe was always carrying a tune, never far from music. He sang at weddings and funerals for the loved ones of loved ones, and the loved ones of strangers. He performed the national anthem at sporting contests and serenaded check-out clerks at the grocery store. His most revered role: playing Jesus Christ in a community theater production of Jesus Christ Superstar.

A true Renaissance man, Joe was also a consummate athlete. He played semi-professional football as a safety and defensive back with the Watertown Red & Black, wearing number 24 and leading the team in an undefeated season in 1974. Joe also coached nearly every level of the sport, from Pop Warner to high school varsity. Sporadically, he also coached both boys' and girls' lacrosse, hockey, and softball, and was involved with the ski club for some years. The list of community sports teams with which Joe was involved, from fast pitch baseball to rough touch football, is long. As a volunteer, he spent time playing basketball with the incarcerated men inside a county correctional facility. It was there he famously jammed his right pinky, causing a permanent bend that developed into what he called his "nose-picking finger."

A man of mischief, Joe left behind a legacy of physical comedy, practical jokes, and prank phone calls. His frequent voicemails impersonating travel agents, restaurant hostesses, police officers, principals, and superintendents both confused and amused friends and colleagues. He is affectionately remembered for filling the new health teacher's car with empty beer cans, which spilled onto the school parking lot when she opened her driver's side door. Then there was that time he shaved just half of his mustache and that other time he shaved his head on a bet.

Joe was a volunteer for the Indian River Ambulance Service, a Freemason (Philadelphia Masonic Lodge #916), and a member of the Philadelphia American Legion Post #798, where the lifelong teetotaler was known to order a ginger ale. After receiving his untimely diagnosis of early-onset Alzheimer's, Joe had no clear picture of the past and could not draw one for the future. Nonetheless, he became an outspoken advocate for those living with the disease, never turning away from discussing the devastation of dementia while still calling attention to how he and others with memory loss were still "here." His Walk to End Alzheimer's team, Team Warriors, raised tens of thousands of dollars for the cause. Joe was a fixture at the Syracuse Memory Café and the spark that started what was Philadelphia's Memory Café of NNY, as well as Carthage Library's Memory Café.

If Joe could, he would tell you he loves you. Not past tense; present. Not just that: he would also urge you to tell someone you love them and why. Right now.

Joe is survived by his wife of 37 years, Marlene (Phillips) Durgin; children, Joseph F. Durgin IV (Rachael) of Lansing, NY; Bryn L. Durgin of Sarasota, FL; and Kyle P. Durgin (Gabriella) of Lebanon, NH; and grandsons Joseph F. Durgin V and Miles K. Durgin. His mother, Elnora M. Durgin (Ingerson) died on February 14, 2022. He was cremated by Toale Brothers Funeral Home in Bradenton, FL on Dec. 21, 2021 - the darkest day of the year. His ashes will be interred at the St. Lawrence Union Cemetery in Cape Vincent, NY, beside his mother and father, in a private ceremony on Sunday, July 17.

Joe's family will hold a celebration of his life at the Indian River Theatre of the Performing Arts, located at 32925 US-11, on Saturday, July 16 at 10 a.m. with a dessert reception to follow. After that, they invite you to their backyard at 34010 Antwerp Street to continue the celebration. Come prepared for volleyball, ping-pong, and cornhole. Remember your swimsuit. Look for fireworks that night.

If you wish to contribute to the memory of Joe, above all else his family asks that you share with them your stories about him. You may also donate to Jefferson County SPCA or St. Jude's Children's Hospital in his name. Online condolences may be posted at www.cummingsfuneral.com.

#10 Rick West 2022-07-12 14:24
Rest In Peace Mr Durgin. Great Coach, teacher and role model. Class of 1982.
Report to administrator
#9 Dierdre Bendle 2022-06-30 10:14
Marlene, I was very sorry to hear of your loss. Please accept my heartfelt sympathies.
Report to administrator
#8 Scott Aubertine 2022-06-28 09:01
I never heard of Mr. Durgin until reading this obituary. Obviously, he was an amazing soul. May the family be comforted in the many wonderful memories he has left you with.
Report to administrator
#7 Frank Seaker 2022-06-27 18:07
RIP Joe I met Joe in the 80's when I was selling cars.
It was a pleasure doing business with such an interesting, intelligent gentleman.
Report to administrator
#6 Renee Heath 2022-06-27 05:58
So sorry to hear of joe passing such a great man enjoyed talking to him you all our in my thoughts and prayers sincerely renee :ups:
Report to administrator
#5 Judy Angel 2022-06-26 19:32
Marlene,
So sorry to read of your husband's passing. What a very nice obituary and a great man in all aspects of his life. Thoughts and prayers are with you and your family. Heaven has definitely gained a true Angel.
Report to administrator
#4 Susan Stokes 2022-06-26 16:47
Sorry to hear of Mr. Durgin’s passing. What a beautifully written obituary and truly written for the man he was. I had the esteemed pleasure of meeting Joe on a few occasions during my daughter’s time at Indian River High School and after his diagnosis of Alzheimer’s. He was always kind, witty, and caring. My sympathy and blessings to his Family.
Report to administrator
#3 Harlow Abe Hunt 2022-06-26 08:52
Sorry to read of Joe’s passing. Joe and I first met when we were both on a plane to Fort Jackson for basic training. We had a lot in common at the time. Both single and both had just been hired at high schools in Jefferson County. After returning home we stayed in touch and socialized quite a bit. Always a good time and lots of fun. Over the years before cell phones and email etc. as our lives changed, we lost touch. I have fond memories of a good friend with a great sense of humor. I wanted to pass along my condolences to the family. Enjoy the memories of a good person.
Report to administrator
#2 Tracy Felicia 2022-06-25 22:22
Joe Durgin was one of my favorite teachers. He was an amazing person who will be greatly missed.
Report to administrator
#1 Dora Phelps 2022-06-25 18:05
I remember Joe
Durgin. Who could forget him. All the girls thought he was real cute. A good teacher. God bless him on his ride to heaven.
Report to administrator
Refresh comments list