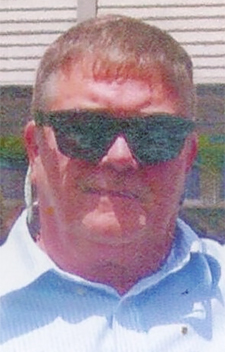 John was born in Watertown, son of former Watertown Mayor Karl R. and Rosemary L. (Lawrence) Burns. He was a 1978 graduate of Immaculate Heart Central School. He then attended Jefferson Community College before attending and graduating from Canton Police Academy.

John started his career serving the tri-villages of Brownville, Dexter, and Glen Park under Robert Thomas and was police chief in Alexandria Bay. In February 1983 John joined the Jefferson County Sheriff's Dept. and in four years was promoted to Detective, serving as an arson investigator and on the Metro-Jefferson Narcotics Task Force. In 2002 he was elected Jefferson County Sheriff, serving for twelve years until his retirement in 2014.

On August 27th, 1983 John married Roxanne Moore. While their marriage ended in divorce to the former Watertown Councilwoman, they were always proud of the two children that they had together.

John was a communicant of St. Patrick's Church. He was a member of the Italian American Civic Association, Elks Lodge 496, Ancient Order of the Hibernians, and NYS Retired Sheriff's Association. He enjoyed carpentry, fishing, boating, and animals.

Calling hours will be held at Cummings Funeral Service, Inc., Watertown on Thursday, June 9, from 3 - 7pm. The funeral mass will be celebrated on Friday, June 10, at 11am at St. Patrick's Church followed by burial in Glenwood Cemetery. The funeral mass will be live-streamed on the church's Facebook page. Online condolences to John's family may be posted at www.cummingsfuneral.com. In lieu of flowers, donations in his name may be made to St. Patrick's Church, 123 S. Massey St., Watertown, NY 13601, the Italian American Civic Association, 192 Bellew Ave., Watertown, NY 13601 or your local American Diabetes Association.