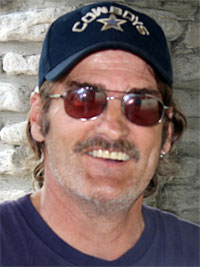 Tim was born in Watertown on October 6th, 1959, son of the late James S. Jones and Agnes I. Castagnier Jones. He worked as a self-employed mover for the last ten years. Prior to that he was a construction worker.

He was a member of the Sons of the American Legion, Post 29, Anchorage, AK. He enjoyed fishing, hunting trips with his brothers, helping his friend at Lost Treasures, and was a nature and animal lover. He was also an avid NY Yankees and Dallas Cowboys fan. He especially enjoyed verbally sparring with brother-in-law, Wayne, over "Dog The Bounty Hunter." Tim never failed to lend a hand, or to help those who needed help, sacrificing personally to do whatever he could. A kind and generous person, he will be greatly missed.

Calling hours will be held at Cummings Funeral Service, Inc., Watertown on Wednesday, July 17, from 10AM to 12PM followed by a graveside service at Brookside Cemetery at 12:30PM. In lieu of flowers and to help defray funeral expenses, the family wishes donations sent to Lorraine Petrie, 924 Morrison St., Watertown, NY 13601. Online condolences may be made at www.cummingsfuneral.com.