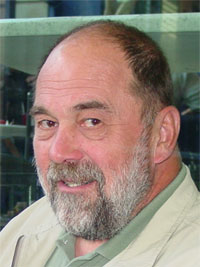 Calling hours will be held at Cummings Funeral Service, Inc., Clayton on Monday, July 8, from 4 - 7PM. The funeral service will be at Christ Episcopal Church, Clayton on Tuesday, July 9, at 11AM with Fr. John Crosswaite, rector, officiating. Burial will be at the convenience of the family in Clayton Cemetery.

He was born in Endicott on July 3, 1943, son of George A. and Evelyn May Hitchcock Karpel, Sr. He graduated from Owego Free Academy, and had attended both St. Bonaventure and Oklahoma State Universities.

A marriage to Jean Wylie ended in divorce. George married Cheryl A. Sullivan on May 6, 1995 at Christ Episcopal Church.

After twenty years in the Air Force, he was honorably discharged as a Master Sergeant on July 1, 1986. While serving his country, he received his B. A. He then worked as a boat restorer for St. Lawrence Restoration, was a self-employed caretaker and ran a home improvement business.

He was a member of Christ Episcopal Church and currently served on the Vestry. He enjoyed reading local history books, gardening, woodworking, and trips to the Adirondacks. He especially enjoyed spending time on his farm with his children and grandchildren and his beloved dog, Nikko.

In lieu of flowers, the family wishes donations in his name be made to Christ Episcopal Church, 412 Hugunin St., Clayton, NY 13624. Online condolences may be made at www.cummingsfuneral.com.