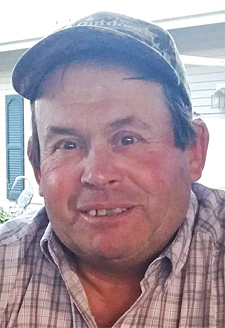 Jerry was born in Watertown June 27, 1952, son of Gerald J. and Norma McKeever Wetterhahn. He was a graduate of St. Mary's School Class of 1970 which was the last graduating class from St. Mary's. On December 31, 1976 he married Kathryn D. Shaw at the LaFargeville United Methodist Church.

He was a life-long farmer, working at Maple View Farms, also known as Norris Wetterhahn Estate and also for Robbins Family Grain/North Harbor Dairy, Sackets Harbor. Jerry was a communicant of St. Mary's Church. He was a long time lover of sports. He played hockey, basketball, and baseball, enjoyed St. Lawrence University hockey and family sporting events, and also coached his children in Clayton Minor Hockey for many years. "Mouse" played in the late 1970's to early 1980's for Shoreline Hockey and from 1983 to 1995 for the WWNY Channel 7 No-Stars Hockey Team. Time spent on the St. Lawrence River with his family and friends was very precious to him. There are many fond memories of hockey games on the farm pond, snowmobiling, four wheeler runs, Christmas dinners on the farm, and numerous Thanksgiving gatherings. Jerry had an open door policy until the day he passed, and loved his family fiercely.

A funeral mass at St. Mary's Church will be on Saturday, March 19, at 10 AM with Fr. Arthur J. LaBaff presiding. A celebration of Jerry's life will start at 2 PM at Depauville Fire Dept. Arrangements are entrusted with Cummings Funeral Service, Inc., Clayton and online condolences to his family may be posted at www.cummingsfuneral.com. Donations in Gerald's name may be made to the Clayton Youth Commission, PO Box 191, Clayton, NY 13624.

12345
#49 RichGeorgeen Clarke 2022-03-24 09:34
Very sad news - we send sincere condolences to Kathy and Jerry’s family & friends. His life here was way too short but his memorable accomplishments were plenty.
Report to administrator
#48 Sharen Yaworski 2022-03-21 18:57
Dear Andrea, Kathryn and family,
Sorry to hear of your loss. Hopefully the pain you are feeling will be outweighed by the beautiful memories you will cherish forever.

“When you lose someone you love,
you gain an angel you know” author unknown