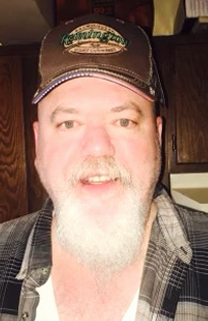 Tim was born in Hamilton July 29, 1962, son of the late James Mitchell Jr. and Patricia Relf Mitchell. He grew up in Madison and graduated from Madison Central School in 1980. He married his wife, Deborah, October 16, 1982 at St. Joseph's Catholic Church, Oriskany Falls and she predeceased him on February 13, 2022.

He enjoyed playing cards, especially Pitch and Pinochle and watching football, basketball and baseball with his son. Tim will be remembered for his amazing sense of humor. He was immensely intelligent with an extensive knowledge of subjects most of us knew nothing about. He loved barbecuing in the summer and spending time with his daughter Meghan who he could always make her smile, even on the darkest of days. The couple and their family enjoyed coming to the River with their family prior to moving to Clayton August 1, 2011.

There will be no services at this time and burial in St. Mary's Cemetery will be at his family's convenience. Arrangements are entrusted with Cummings Funeral Service, Inc. and online condolences to Tim's family may be posted www.cummingsfuneral.com. In lieu of flowers donations in his name may be made to St. Jude's Children's Research Hospital, 501 St. Jude Place, Memphis, TN 38105.

#6 Ted McCarthy 2022-04-02 19:42
To the Mitchell family,
I'm sorry for the loss of your mom and dad. I liked working with Tim and thought he was a funny guy.
Report to administrator
#5 Mary Winkler Perry 2022-03-14 08:06
Sorry to hear of Tim's passing. Tim and I use to work together at Quack's Diner when we were in high school. We use to pick on each other all the time about were went to school, Tim went to Madison and I went to Morrisville. We enjoyed our time together. He was a wonderful man. He will be missed by so many. My condolences to his family. I will keep you all in my thoughts and prayers.
Report to administrator
#4 Harry Edwards 2022-03-12 19:25
My condolences to the family.
Tim's intellect, quick wit and grin left an indelible mark as we navigated the waters of youth as the closest of friends.
I am confident that Tim found his way to heaven well before the Devil was aware of his absence.
Rest in peace my friend.
Report to administrator
#3 kitty vega 2022-03-11 13:34
My condolences to the family. I was an Officer with Tim and watched him advance to Sergeant. I also worked with his father when he was a Lt. May he rest in peace.
Report to administrator
#2 JILL SMITH 2022-03-09 03:59
My nephew , Tim , brother Jim's son. I remember his huge hugs. Tim was a beautiful child and a handsome man .His family will miss him , greatly but memories are many.
Report to administrator
#1 Frank Coleman 2022-03-08 14:12
I am very saddened to hear of Tim’s passing. We worked together at Watertown Correctional back in the early 1980’s. I remember Tim as being very well grounded, not over- reactive to matters of our jobs as Officers. I remember Tim as a very humble person who possessed outstanding judgement and always had the ability to see the big picture. His sense of humor was enough to make you weak laughing! I worked with Tim’s dad as well. He was a great guy too. A standard of integrity. It was my honor to have known both of these distinguished men.
Report to administrator
Refresh comments list