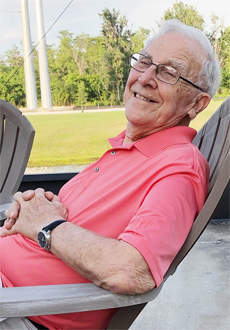 He was a draftsman for Stromberg Carlson, Rochester from 1953 - 1975. In 1974 the couple purchased Mil's Cottages in Clayton which he ran until 2000, still in operation by his son. The couple wintered in Palm Bay, FL. Al is a communicant of St. Mary's Church, Clayton and St. Joseph's Church, Palm Bay, FL. He was a member of the Clayton Knights of Columbus Council 350 and the Clayton Lion's Club. He enjoyed golfing and bowling.

A funeral mass at St. Mary's Church will be at a time and date in May to be announced. Arrangements are entrusted with Cummings Funeral Service, Inc., Clayton and online condolences to Al's family may be posted at www.cummingsfuneral.com. In lieu of flowers donations in Al's name may be made to a charity of one's choice.