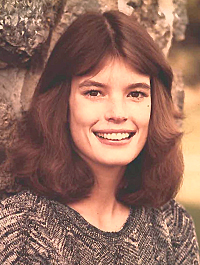 Born in Malone on March 24, 1957 to Thomas Patrick and Phyllis Jean (Elliott) Fitzgerald, Sarah was one of seven children in a large, close-knit family raised in the Watertown area. She graduated from Watertown High School in 1975, and went on to earn an Associate's Degree from Jefferson Community College, as well as a New York State Teaching Assistant certification. Saras's marriage to John Keenan in 1985 ended in divorce. A marriage to Thomas P. Collins in 2012 ended with his death later that year.

Sarah initially worked as a clerk and switchboard operator at Stebbins Engineering & Manufacturing, followed by employment as an office manager for the Car-Freshner Corporation. She began her career at the Watertown City School District in 1989, working in the capacity of a teaching assistant at H.T. Wiley Intermediate, Case Junior and Watertown High School. Sarah touched the lives of hundreds of children that she worked with, and was affectionately known by many high schoolers simply as "Keenan." She retired in 2015. For many years, Sarah served as a faithful caretaker for her mother, Phyllis, while she was in failing health. Sarah was an avid reader and dog lover. She enjoyed listening to music, attending concerts, and above all else, spending time with family and loved ones. In retirement, Sarah enjoyed traveling the United States and being a Nana to her three grandchildren. Sarah was no stranger to fun, and she was never in a rush to take life too seriously.

Calling hours will be held on Thursday, September 2, from 5-7PM at Cummings Funeral Service, Inc., Watertown. Burial in Brookside Cemetery will be at her family's convenience. Online condolences to Sarah's family may be posted at www.cummingsfuneral.com. Donations in her name may be made to SPCA of Jefferson County, PO Box 531, Watertown, NY 13601.

I met Sarah at WHS and we shared many good times together. She had such long beautiful hair in high school. Although I won't mention the many escapades we enjoyed in school, I will say one of my best memories was during open campus, Sarah, Jan, Nancy, Melanie, and I were riding in a convertible, singing to the top of our lungs to Free Bird. It was one of the many good times we shared.

May God Bless her, your families, and all that loved Sarah. She truly is a Free Bird now. HUGS!!!
Report to administrator
#3 Brandi Gallo 2021-08-29 00:32
She was a beautiful human being, kind caring, and just so AMAZING!!!! I met her at school but got to know her a bit outside of school and she was just truly truly genuine sincere and GREAT!!!!
FLY HIGH Sarah "Ms. Keenan" u will not be forgotten my sweet lady!!!!!
Report to administrator
#2 Remy Schryver 2021-08-28 21:12
Sarah was our neighbor for over 40 years and she was such a loving and friendly person. She always enjoyed seeing our kids as they were growing up and was a dear friend of our father (Bob Wade). She will be dearly missed ❤️
Report to administrator
#1 Douglas Shambo 2021-08-28 20:40
To Sarah's family,

Sarah was a dear friend and classmate in childhood at Academy Street School, and later at WHS. She was sweet, kind, and beautiful, and I am deeply saddened at her passing.

May she rest in peace, and may you all find comfort in your time of grief.
Report to administrator
Refresh comments list