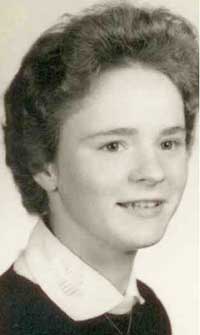 The family will receive friends noon to 2 p.m. Friday, Sept. 28, at Knights of Columbus Council 350, James St., Clayton. Burial in Highland Park Cemetery, Alexandria Bay, will be at the convenience of the family.

Born Aug. 19, 1942, in Watertown, daughter of Samuel and Edna Putnam Spence, she graduated in 1960 from Clayton Central School.

A marriage to Clarence Lashomb ended in divorce.

Patti had been a clerk at the 1000 Islands Bait Store, Alexandria Bay and Hungerford Hardware, Clayton.

She was a member of St. Mary's Church, Clayton.

She was also a founding member of the Society for the Protection of Grindstone Island that later became Save the River.

Two brothers, John and Richard Spence, died before her.